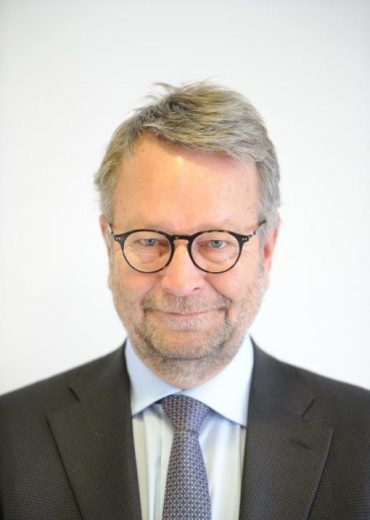 He is a graduate in Human Resources and IT from Oslo Business School.

Tranoy began his career in 1980 as a Technology Adviser in the Norwegian Union of Bank Employees and served on various interbank and employee and employer committees.

In 1985, he joined Christiania Bank & Kreditkasse (Nordea Group) where he was appointed Head of card payments. During his tenure, he was responsible for the ATM fast track installation project, VISA Business Card launch, introduction of the first chip cards in the Norwegian market, and worked on the establishment of BankAxept, the Norwegian domestic brand and processing.

In 1991, Tranoy joined the consultant company Enator before starting his own consulting company Cartago Consulting where he advised most Scandinavian banks on card issuing, bank automation and strategy.

In 2000, Tranoy was co-founder of EuroProcessing International, a card payments processor, and as Regional Manager Central and Eastern Europe, he oversaw the growth from one country to 13 countries in the region, before First Data acquired the company in 2005.

Since joining First Data, he has been Business Development Director for Central Eastern Europe, Regional Manager Nordics and worked on M&A. He was Business Lead on the acquisition by First Data of Polcard and Amex Merchant acquiring in Poland as well as driving the sale of former APSS to SIX Payments in Austria.

In 2011, Tranoy was appointed Managing Director of First Data Hellas, and in 2017 he became Senior Vice President Global Financial Services in EMEA with responsibility for Germany, Poland, Baltics, CEESEE and Greece.

From 2016 to 2018, he was Chairman of the Board of AIB Merchant Services Ireland.

Following the acquisition of First Data Hellas by SIA in October 2018, Tranoy is Managing Director and Chairman of the Board of New SIA Greece and Regional Commercial Officer Central and South Europe Region of SIA, with the objective of coordinating the Group’s sales activities for financial institutions, companies and the public sector in the region.