Hellenic Blockchain Hub is a non-profit network of executives from the public and private sector aimed at the dissemination of knowledge on the blockchain – DLT technology. 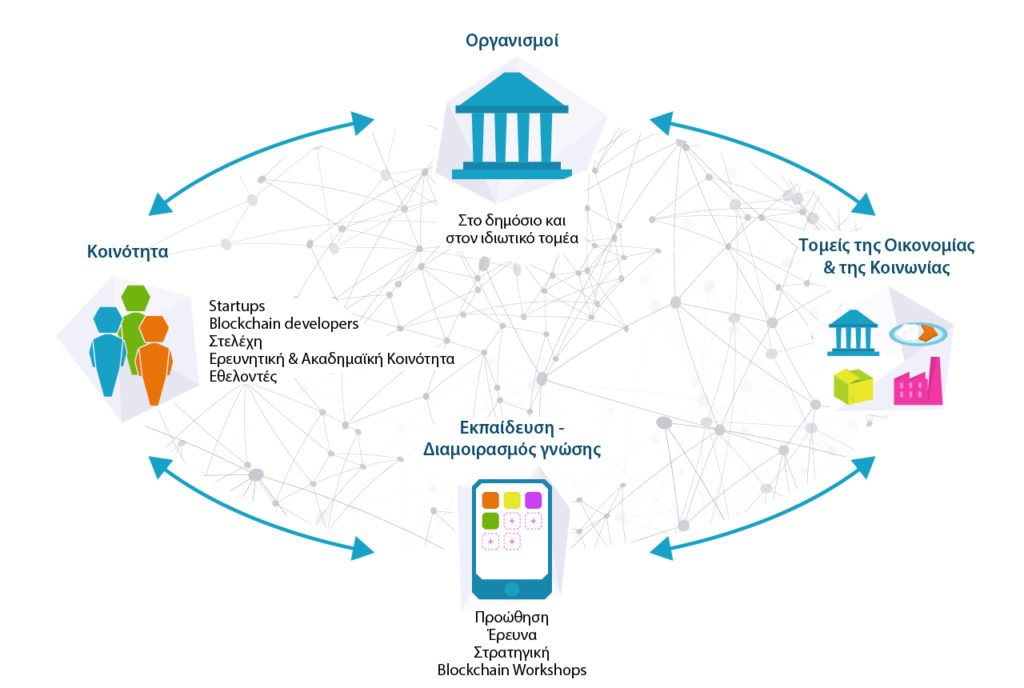 The main objective of the Hellenic Blockchain Hub as an organization and network is to contribute to the promotion of blockchain/DLT technologies (Distributed Ledger Technologies & Distributed Technologies) and the development of standards and applications in sectors of the economy and society and be a center for knowledge acquisition as well as a platform for dialogue.

Specifically, our objectives are as follows: